Sean Kelly is delighted to announce HumidGray and ShadowLake, Janaina Tschäpe’s first exhibition since joining the gallery. Comprising large-scale paintings and watercolors, these evocative compositions demonstrate Tschäpe’s assured approach and deft ability to handle delicate media while painting on an impressive scale. There will be an opening reception on Thursday, October 25 from 6-8pm. The artist will be present.

Born in Munich, Germany and raised in São Paulo, Brazil, Janaina Tschäpe received a Master’s in Fine Arts studies from the Hochschule fur Bilende Kuenste, Hamburg, Germany and an MA from the School of Visual Arts in New York, the city she has called home for over twenty years. Tschäpe has become recognized for a multivalent body of work, embracing film, photography, sculpture and performance, as well as painting and drawing. It is the latter discipline which serves as the core element in Tschäpe’s practice and connective tissue relating all of her work. Over time, Tschäpe has developed a distinctive language of abstraction in which organic forms, evocative of the natural world, suggest growth, transition and metamorphosis. It is her distinct use of color, and the allusion to landscape and memory, present throughout her work, that forms both the inspiration and imagery for these new works.

Tschäpe explains that her compositions always begin with a color, “an idea of color developing into a landscape,” which is laid down on the canvas in casein, a water-soluble paint derived from milk proteins. The drawing that follows is imposed in watercolor pencil on the surface of the more “traditional landscape” becoming, in her words, more like “cartography,” a system of mark-making that she likens to “telling the story of that day.” In MorningGreen the viewer is drawn in with sweeping brushstrokes of greens, blues, and yellows, that evoke the sensation of movement in the wind or underwater. The detailed lines that overlay the composition underscores this, their biomorphic shapes and gestural marks functioning as emotive signifiers of the artist’s interior thoughts.

In Kleine Nachtmusik, she teases a semblance of the night sky with two stars punctuating an alternately navy, light blue and white field; in the foreground passages of green and white flow across the canvas, creating depth of field and the illusion of land and sky. All of the works in this exhibition reveal how Tschäpe has clearly mastered the technical and aesthetic demands of translating the delicacy and precision of her drawing practice into the challenging scale of her new paintings. As she describes it, “the drawing is a constant compositional element; it is very controlled [and] precise. The gesture may be light, a caress versus a more aggressive punctuation, [but] it becomes a bit like language: an alphabet of different marks of different length.”

For other inquiries, please contact: Cecile Panzieri at 212.239.1181 or Cecile@skny.com 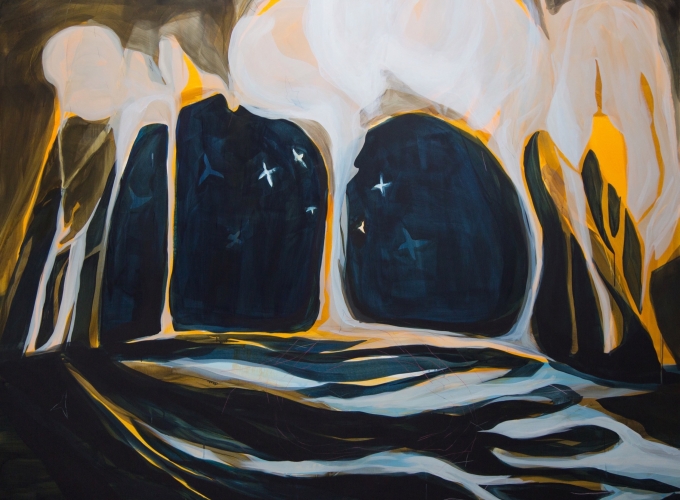 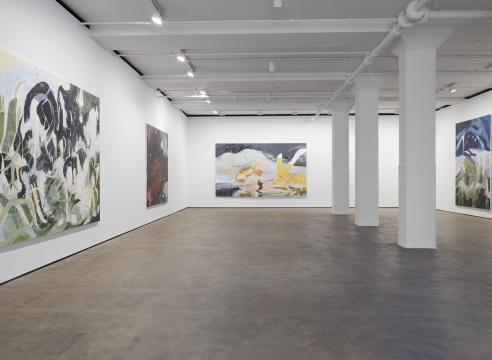 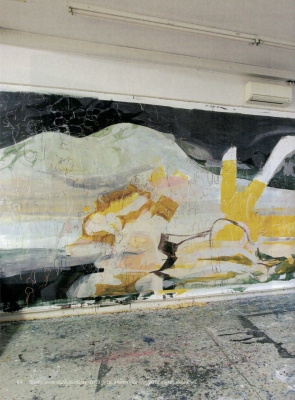 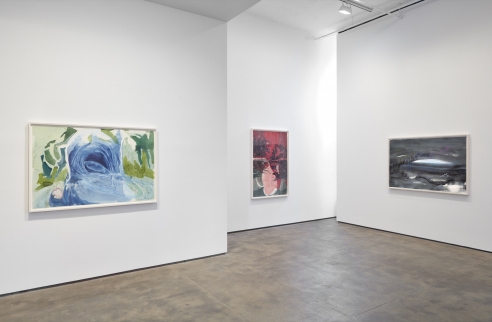 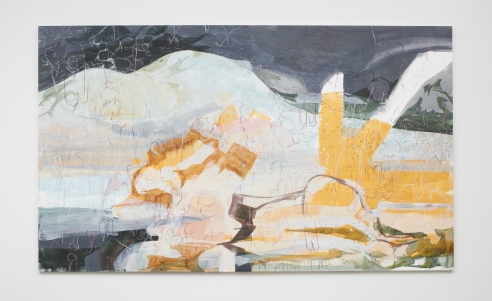 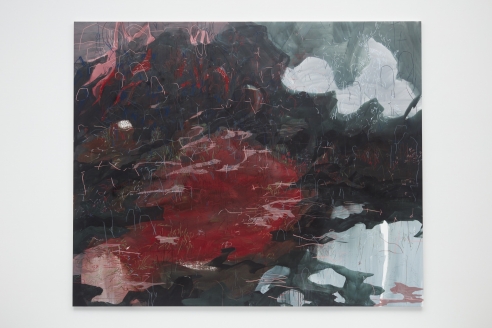 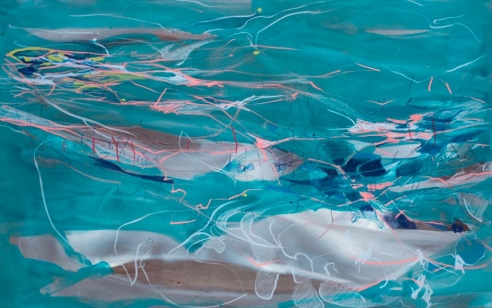 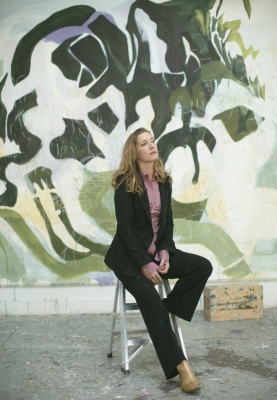