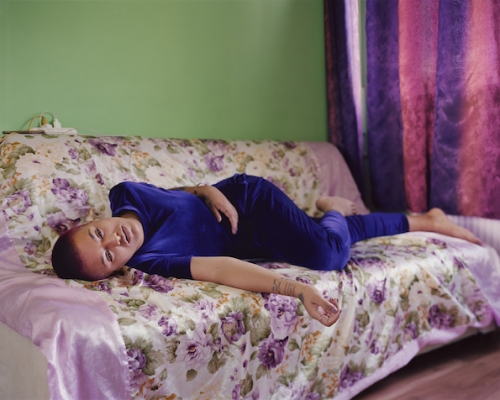 Magnum photographer Alec Soth (1969) has become known as the chronicler of life at the American margins of the United States. He made a name as a photographer with his 2004 series Sleeping by the Mississippi, encountering unusual and often overlooked places and people as he travelled along the river banks. A major retrospective in 2015 was followed by a period of seclusion and introspection, during which Soth did not travel and barely photographed. His most recent project, I Know How Furiously Your Heart Is Beating, is the result of this personal search, and marks a departure from Soth’s earlier work. The photographer slowed down his work process and turned the lens inward. Foam presents the first museum exhibition of his new series, consisting of portraits of remarkable people in their habitat, and still-lifes of their personal belongings.

The starting point was a portrait Soth made in 2017 of the then-97-year-old choreographer Anna Halprin in her home in California. The interaction with this exceptional woman in her most intimate surroundings meant a breakthrough for Soth. Instead of focusing on a place, a community or demography, he concentrated on individuals and their private settings. Unlike many of Soth’s previous visual narratives, the choice of geographical location was not preconceived, but the result of a series of chance encounters.

The exhibited works are on loan from Loock Gallery in Berlin and private lenders.