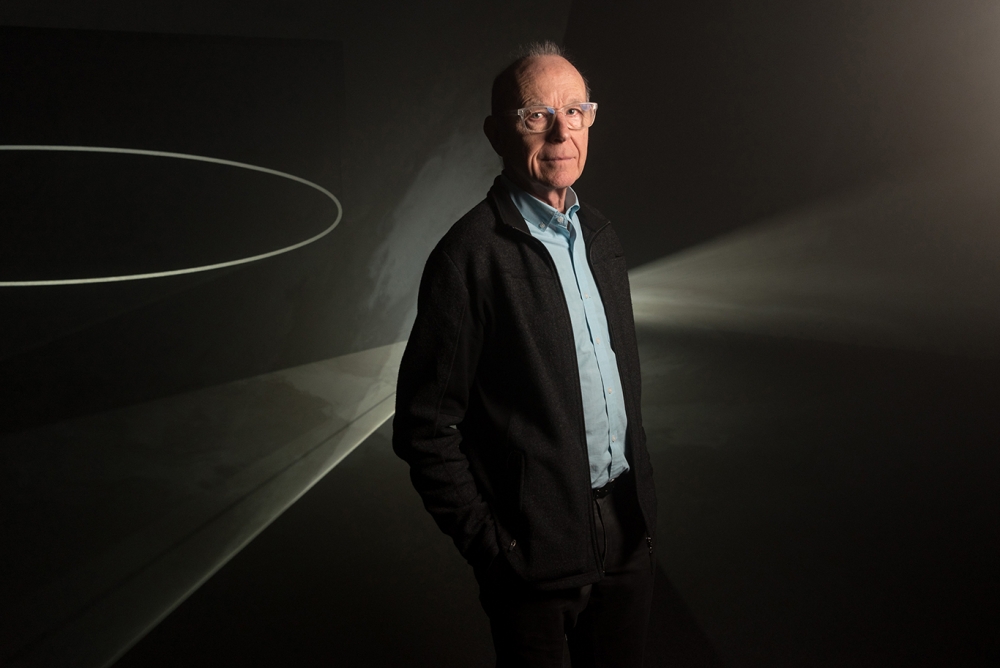 at home: Artists in Conversation

Join us for lively and inspiring conversations with some of today’s most notable artists. at home: Artists in Conversation brings together curators and artists to discuss various artistic practices and insights into their work.

McCall was born in the UK and lives and works in Manhattan. He is known for his "solid-light works," a series he began in 1973 with Line Describing a Cone, in which a volumetric form composed of projected light slowly evolves in three-dimensional space. Occupying a space between sculpture, cinema, and drawing, his work’s historical importance has been recognized in such exhibitions as Into the Light: the Projected Image in American Art 1964–77, Whitney Museum of American Art, New York (2001–2); The Expanded Screen: Actions and Installations of the Sixties and Seventies, Museum Moderner Kunst, Vienna (2003–4); The Expanded Eye, Kunsthaus Zurich (2006); Beyond Cinema: the Art of Projection, Hamburger Bahnhof, Berlin (2006–7); The Cinema Effect: Illusion, Reality and the Projected Image, Hirshhorn Museum, Washington DC (2008); and On Line, New York Museum of Modern Art (2010–11). McCall’s work has also been shown at Centre Pompidou, Tate Britain, and SFMoMA, among others.

To join us for this program, please register here.