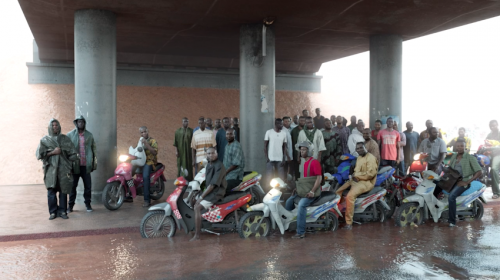 What is it that we really see? This question is central for David Claerbout, as he deconstructs the habits of looking to reveal the way time and process affect our perception of the world and the meaning we ascribe to it. In his seminal book Camera Lucida (1980), Roland Barthes claims that the foundation of photography is a reference to reality and to the past. Similarly, cinema cannot disengage from movement. Yet Claerbout places them under the effects of a new experience, which makes these two distinctive visual systems converge. By deploying 3D and new media technology, he manipulates the components of an image such as its background elements - from water to sunlight - and “sculpts in duration”, animating photography and deconstructing the cinematic narrative. The result seems often a contradiction in terms, but in a world without lenses, where the physicality of film has been replaced by the abstract concepts of digital technology and VR, Claerbout’s visual poems are just another reconfiguration of images that mostly exist in our head. One which moves away from pure speculation or entertainment and carries instead the responsibility to question sensory authenticity and the now disappearing system of trust between reality and its representation.

Oil workers (from the Shell company of Nigeria) returning home from work, caught in torrential rain is the original title of a low-resolution image that Claerbout found in a library. To an audience familiar with visual culture, it seems a darker and more contemporary version of one of the first motion pictures in history by the Lumière brothers, a documentary film of employees leaving a factory in Lyon. Here, the working day is over too, but the workers are stuck because of the rain and forced to take shelter under a bridge while waiting for better weather, which also suggests a longing for better times. In a year production, Claerbout and his studio deconstructed the image and applied pictorial 3D technique to the workers, with the two-sided effect of generating volumes while turning the human figure into an empty shell. He also used elliptical motion to simulate the uncanny mixture of water and oil, the two fluid and amorphous elements dominating the title and the foreground of the image. The simple reconfiguration of an anonymous image as an animation bestows it a socio-political weight that seemed otherwise negligible. In fact, as a photographic instant expands into endless repetition, the act of waiting becomes an existential condition rather than a one-time event - the perspective from which to examine productivity and capitalism in relation to the workers and ourselves.