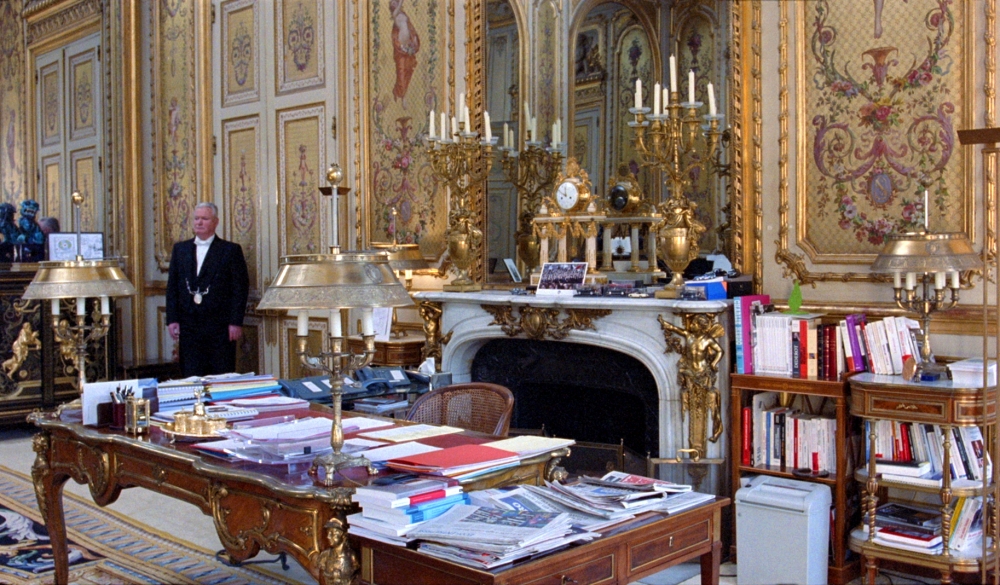 Today’s #FilmFridays feature is Laurent Grasso’s film Élysée, 2016. Click the link below to watch on Vimeo for 24 hours from Friday, August 21 until Saturday, August 22.

In Élysée, #LaurentGrasso creates an intimate and profoundly elegant portrait of power through a sweeping visual exploration of the Salon Doré (or Golden Room), the office of the President of the French Republic at the Élysée Palace in Paris. Grasso was invited to create the work by the Archives Nationales for the exhibition Le Secret de l’Etat (The Secret of the State) at the Hôtel de Soubise in Paris and was the first artist to receive special authorization to film inside this historic and enigmatic room, where the future of the nation is decided.

In this immersive and spellbinding film, the camera slowly and methodically pans over the sumptuous surfaces of the Salon Doré, relishing its gilded splendor. It is a transcendent and disorienting visual feast of royal regalia, interrupted periodically by the presence of routine office items––piles of paperwork, a telephone, ballpoint pens, etc. The juxtaposition of fantasy and reality, past and present, interrogates the continuity of power, primarily how it exists above and beyond its incarnation manifested in any one individual.

Élysée was produced by a professional film crew and features an original score composed by Nicolas Godin, one half of the critically acclaimed French electronica duo Air. Hypnotic and mesmerizing, the film offers a poignant reflection on the aesthetics of authority during an era of political upheaval and uncertainty.