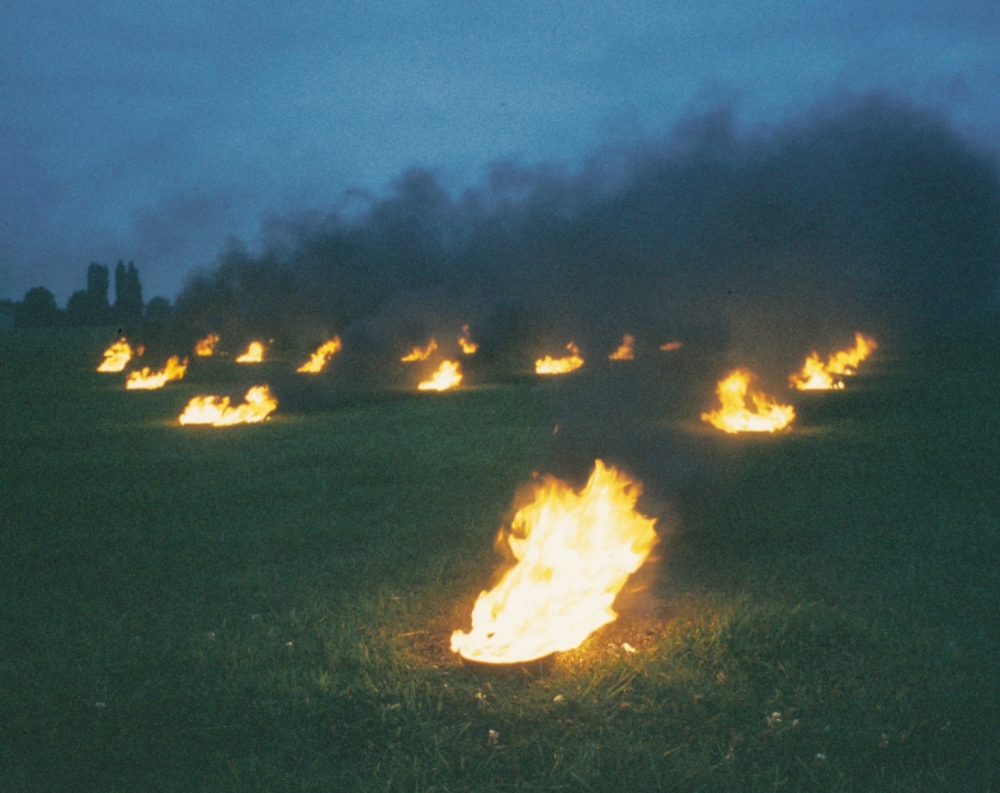 This #FilmFridays feature is Anthony McCall’s film Landscape for Fire, 1972/2006. Click the link below to watch on Vimeo for 24 hours from Friday, July 24 until Saturday, July 25.

#LandscapeforFire is a major early work by Anthony McCall. The film records a performance where McCall and members of the British artist collaborative Exit followed McCall’s pre-determined score to torch containers of flammable material across a field. The performance is carefully planned – the fires are lit and geometrically aligned in a precise temporal progression. The appearance of the characters is preceded by a horn, strange and slightly alarming, suggesting a limit reached or a hazard ahead. The crackling of matches, the ignition of gasoline, and the brisk breeze of the wind incorporate the essential elements air, earth, and fire. These noises become a soundtrack for the non-linear visual narrative.

Describing Landscape for Fire, McCall stated: "Over a three-year period, I did a number of these sculptural performances in landscape. Fire was the medium. The performances were based on a square grid defined by 36 small fires (6 x 6). The pieces, which usually took place at dusk, had a systematic, slowly changing structure." The work brought the grid — a conceptual focus for many artists in the 1970s and after — into a natural landscape, merging it with the vagaries of outdoor space and fire.”