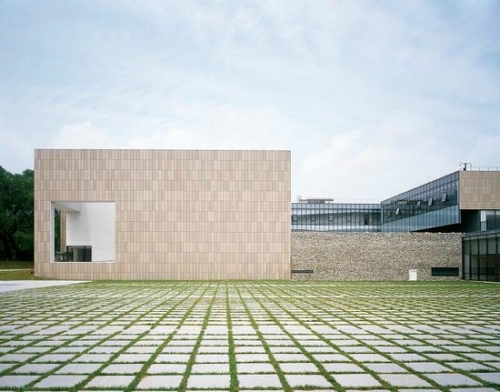 The exhibition A Museum for All, a Museum for Dogs has opened up the MMCA for companion animals that are sometimes referred to as "family members," but are often restricted to enter public spaces. By inviting dogs to an art museum-a highly anthropocentric space and one of the most symbolic of all public space-we hope to rethink the meaning of companionship in contemporary society, our attitude towards the Other, the scope of tolerance allowed in a museum, and the idea of public spaces.

The project will consist of exhibition, performances, screenings, and talks that deliberate on the meaning of companionship and relationships, the perception ability of their species, and the paradox of the concept of "nature-culture." In the process of preparing for this, we not only concentrated on the artistic program, but also took into account other aspects surrounding the museum, such as the museum's architecture, management, and merchandise. Thus, experts from various fields have joining the team: two veterinarians, Seoul Chae-heyon and Cho Gwang-min, offered advice on the perception, cognition, habits, and emotions of dogs. Architect Kim Geong-jae and landscape architect Yoo Seung-jong designed the architecture and the landscape for dogs, while the screening program was curated by curator Kim Eun-hee.