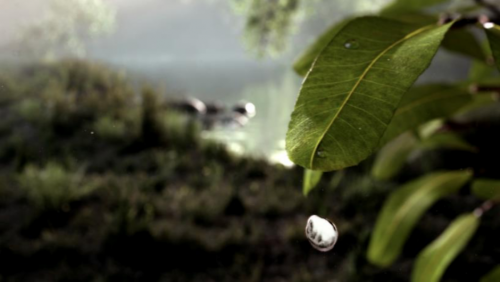 For the first installment of Film Friday's on Friday, April 3, we will feature David Claerbout’s hypnotic film Travel, 1996-2013. It will be available for viewing on our Vimeo page for 24 hours: 12:00am – 11:59pm EST. To support this project, Claerbout is creating two entirely new drawings related to the film that will be unveiled to coincide with this screening. Join us on social media and tag @SeanKellyNY and #DavidClaerboutTravel to share a pic of your at-home screening. The person who submits the best picture of them screening the film will receive a signed copy of David Claerbout’s catalogue.

Throughout his career, Belgian artist David Claerbout has investigated the conceptual impact of the passage of time through his use of video and digital photography. He manipulates both moving and still imagery to suggest an otherworldly level of existence, something that might refer to a specific place or event, but the timeline of which is not clear, oscillating between both past and present. The element of sound is critical in many of the works, often used as either a narrative device or a “guide” for the viewer to navigate the architectural space within the film. Claerbout’s oeuvre is characterized by meticulous attention to productiondetails, painstakingly created often over a period of years. The resultant works are immersive environments in which the viewer is invited to engage both philosophically and aesthetically. Describing the genesis of this film, the artist noted,

“The idea and first preparation for this work began in 1996 when I came across a particular piece of “relaxation music” It was initially composed in the mid 1980s by Eric Breton, whose therapeutic music would take away stress, and ultimately, induce sleep. I considered that making a piece that could make people fall asleep was not a bad thing at all.

Being purpose-driven sounds, the aural images are so predictable and ‘locked-in’ that they reminded me of people with stubborn ideas who are unable to give them up. One interest lies in the dispassionate, yet cinematic character of the synthesizer, suggestive of ‘generic’ images anyone could imagine, of places in a dark and tranquil forest. The decision not to film, but to use very advanced computer images reflects the search for a space that is beyond the specific, that wants to be generic: it could be many places, but none in particular.

In Travel, a continuous camera movement makes a journey beginning in a park, traveling into a dark European forest, then into an Amazonian jungle, and finally, exiting the forest to reveal a nondescript suburban plain. At this moment of the musical finale, disenchantment and catharsis ‘share the podium’ while the camera is taken up into ascension, making it impossible to conclude a final image.”