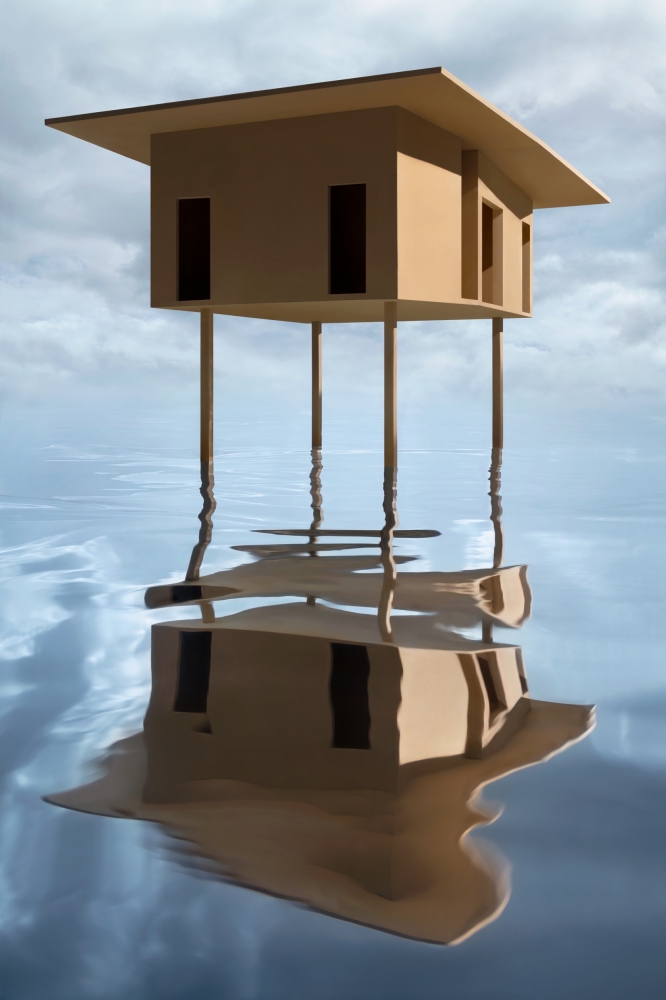 After being awarded the Rome Prize by the American Academy, James Casebere left for Italy in September 2019 to begin his residency which was unfortunately cut short due to the COVID-19 lockdowns in Italy and throughout the world. For his #IntheStudio, Casebere takes us through his studio in the Berkshires, upstate New York. As he picks up on the body of work he was making in Rome, Casebere remarks on how the new larger sculptural/architectural spaces he was working on have taken on new meaning.

“Once I returned from Italy, I started over again, and tried to re-connect with the work I had begun in Rome. In this new and very different context of the global pandemic, the content was transformed by the context. Returning to my experience in Rome... concentrating on building fairly crude models and thinking about the intersections that created piazzas throughout the streets of ancient Rome as outdoor living rooms. So, I turned this idea of the voids created by asymmetrical unplanned streets of ancient Rome - into the positive form of a lounge or a pod. I created one that I like to think of as a refuge for individuals or groups of one or two people.”